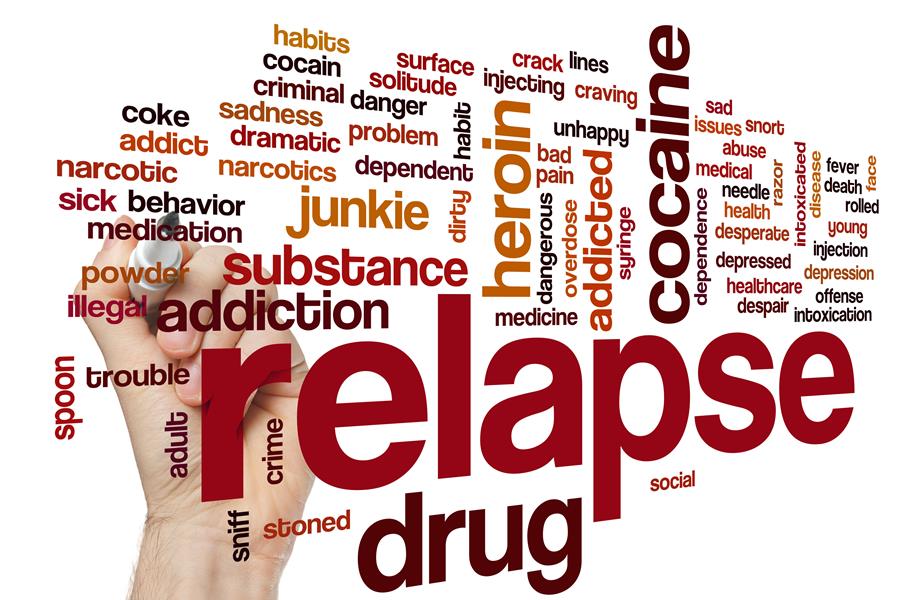 People who are unfamiliar with the intricacies of addiction and recovery may think that avoiding relapse after treatment at a rehab facility is as simple as learning to say “no.” The experts at VANQUISHED 247 online addiction  rehabilitation services, understand that recovery is an ongoing process that requires a lifelong commitment to sobriety, even if that process includes one or more relapses. VANQUISHED 247 is an all-inclusive treatment program which includes an app the focuses on after care treatment, where you can focus on relapse prevention techniques. If you are struggling with an addiction to drugs or alcohol you should consider VANQUISHED 247 for your treatment.

Even the most dedicated rehab clients falter from time to time, and it’s common in the recovery community for individuals to fall back into old habits and relapse after seeking treatment for an addiction to drugs or alcohol, which is why some of the best rehab facilities emphasize the effectiveness of focus on relapse prevention. Per Rev. Donald Kinnard, CEO and founder of VANQUISHED 247, was once an addict and uses his own past experience with addiction to help others and has this to say, “It is my deeply held belief that while an individual definitely needs help and support from others in order to overcome their drug abuse and addiction problems, it was their own choice to turn to drug use in the first place and it must be their own choice to achieve sobriety and recover control of their life.” It’s important to understand that relapse isn’t the end of recovery, nor is it something that happens suddenly. In most cases, relapse occurs over time, with plenty of warning, but with the right strategies and coping skills, a relapse can simply end up a bump in the road to long-term recovery. With an effective relapse prevention education, however, recovering addicts can prevent even a brief return to drugs or alcohol, and have a better chance of achieving lasting sobriety.

Relapse typically occurs because of a trigger, which is any form of stimuli that initiates the desire to engage in addictive behavior, and, during a recovery program, triggers may cause an individual to engage in behavior that they are otherwise trying to avoid, such as using drugs or alcohol. A relapse prevention program can be useful in helping the individual avoid these triggers and remain sober.   VANQUISHED 247   online addiction recovery program app caters to the needs of our client with relapse prevention techniques.

There are some factors or triggers, that can play a role in a recovering addict’s relapse, including emotional, physical and mental issues that spell trouble for a compulsive alcohol or drug user. An emotional relapse may be characterized by an unhealthy behavior or uncontrolled emotion, and when these things are ignored, it can lead to a mental relapse when a recovering addict begins to feel conflicted about using or not using, spends time thinking about using in the past, and starts to glamorize these harmful behaviors. All of these things can lead to a physical relapse, which is evidenced by actions like visiting areas where the individual once scored drugs, driving past bars where he or she used to drink, or using drugs or alcohol. A very strong focus on relapse prevention can help avoid all of these obstacles after successful addiction treatment.

Relapse can be a difficult part of the recovery process, but for many recovering addicts, it’s a necessary part of the process, and something they’ll encounter at least once. If you or a loved one is facing a substance abuse disorder, and you have suffered a relapse, it doesn’t mean your chances of long-term recovery are over. Visit the VANQUISHED online addiction recovery program today to learn more about help. 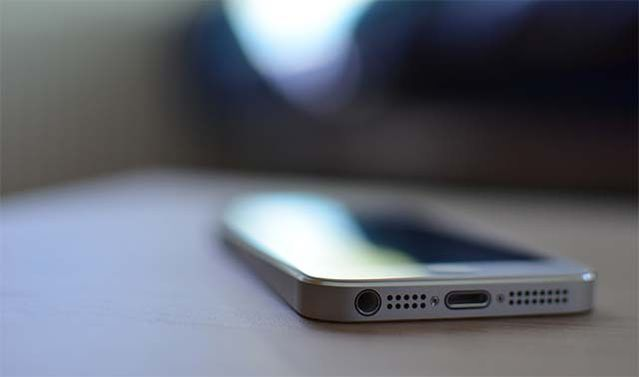 Of course, there are two sides to every coin, and the flip side of this one is that technology can be used to facilitate recovery from addictions just as easily and effectively as it can be used to drive them. And new ways to do this are cropping up almost daily. In fact, since the beginning of this year I’ve discovered three excellent new tools:

Online meetings are not exactly a new phenomenon, nor are online support communities. In fact, I’ve been steering my clients toward both of these options for many years. InTheRooms, however, seems to have brought these things together in an extremely effective way. With over 400,000 members, ITR is by far the world’s largest online network for recovering people. As of today, there are active discussion forums for 29 separate 12-step fellowships, with video meetings at least once per week for most of these groups. Alcoholics Anonymous, Narcotics Anonymous, and Al-Anon actually have multiple video meetings every day. There is also a weekly newsletter, plus a separate website for expert blogging.

Recovery apps are also nothing new. In fact, there are literally hundreds of apps designed to facilitate sobriety. Brainbuddy is a relative latecomer to the party, but without doubt one of the better apps available. (I was at a conference a few weeks back where I talked to several guys who were using the app, and they all raved about it.)

By far the most exciting new “tech and recovery” development, as far as I’m concerned, is the use of virtual reality (VR) headsets, as pioneered by Dr. Patrick Bordnick at the University of Houston. Essentially, VR is used to facilitate and enhance a tried and true addiction treatment strategy – cognitive reprogramming via directed role play.

With traditional role play, an addiction treatment specialist asks the client to visualize a situation in which he or she might be tempted toward relapse. For instance, I might ask a 25-year-old male alcoholic to envision himself at a party full of other twenty-somethings, where alcohol is plentiful and pretty much everyone is drinking. Then, pretending to be another young person at the party, I would offer him a beer, which he would then (hopefully) decline. The idea is to walk the addict through a potential relapse situation, helping him to build and practice the skillset he needs to stay sober.

The problem with traditional role play is that the context is all wrong. It’s very difficult for the 25-year-old client described above to become immersed in the role playing scenario when he’s sitting on a couch in his therapist’s office talking to a guy who’s older than his father. It’s like holding basketball practice in your living room with ballerinas filling in as your teammates. Yes, it’s better than nothing, but it’s not very good.

Recognizing this, Dr. Bordnick has created 3D virtual environments (parties, drug houses, and the like) into which he can insert addicts through use of VR headsets – enhancing the visual immersion with realistic sounds, odors, and whatever else he can manage. Using VR in this way, Dr. Bordnick is able to bring the real world, with its very real temptations, into the therapy space. For instance, he’s got the world’s only heroin injecting avatar, so when addicts enter his virtual “shooting gallery” they actually see a guy shooting up. And what could be more triggering to a heroin addict than that?

The basic idea is this: If you want to teach a recovering addict real world skills to use when he or she is triggered toward relapse, make the role play portion of treatment as realistic as possible!
Unfortunately, top of the line VR headsets are not cheap; the ones used by Bordnick run about $50,000 each. Plus, creating realistic virtual environments is both time consuming and tech-heavy, which adds to the expense. In other words, virtual reality is, as of now, cost prohibitive in most therapeutic environments.

That, however, is about to change. In fact, cardboard headsets that cost about $15 are already available to the public. Yes, cardboard. Essentially, you download an app with virtual environments onto your smartphone, you strap the phone into the cardboard headset, and suddenly you’ve got a pretty awesome VR setup. (I bought a couple of these headsets, downloaded a few environments – the Amazon jungle, outer space, and a few others – and played around with this, as did my partner and several friends. And it was awesome! (If you want to see what VR looks like and how real it seems to a user, check out Bordnick’s TEDx Talk, which has some great video of this experience at the 12:55 mark.)

Just as importantly, Dr. Bordnick is planning to make his virtual environments available for widespread, cost effective use in the very near future. This means that therapeutic role play is about to take a giant leap forward – hopefully within the next year or so.

Addictions overrun addicts’ lives on every level. They lose touch with friends, family, jobs, hobbies, and the real world in general, existing instead in a haze of obsession, planning, using, and feeling ashamed. As such, pretty much anything can trigger an addict’s desire to use. Think about a smoker trying to quit. This individual might be triggered by sex, eating, watching other people smoke, seeing an ashtray, feeling stressed, getting into an argument, having an unplanned five minutes with nothing else to do, etc. Needless to say, this is a significant part of why it’s so darn hard to quit smoking. (The other part is related to the chemical hooks with which tobacco is adulterated.) And it’s not just smoking that’s hard to quit. Other addictions are just as difficult to shake.

Because addictions are so all-encompassing, treatment must take an equally holistic approach to be fully effective. This means that technology must be incorporated into modern addiction treatment strategies. Parental control software products (discussed here), online meetings, digital support groups, recovery apps, and virtual reality all can and should be utilized whenever possible. In other words, technology should be used, in conjunction with other proven treatment techniques, to combat addiction in as many ways as possible. Holistic treatment for a holistic problem.